Blue eyes have long been loved across the world. They are beautiful but generally cold, occurring in fewer than 10 percentages of the world’s population.

Much like your skin and hair, the amount of melanin pigment in your irises determines your eye color. Blue eyes are caused by a relative lack of melanin in the iris.

Humans’ eyes are typically brown, simply because the pigment melanin is brown. Those with more melanin tend to have brown eyes, also known as the most common eye color.

What Determines Color in Blue Eyes?

The presence of melanin or brown pigment in the iris is the reason for the color of our eyes. Blue eyes, like the sky and the water, get their color by scattering light, which makes more blue light reflected back out. This effect is known as Rayleigh scattering of light.

The colored part of the eye or iris has two layers: The innermost layer (the pigment epithelium) contains brown pigment for almost everyone, and even people with blue eyes have a brown interior layer.

The stromal layer that is present anterior to pigment epithelium at the iris includes overlapping cells and fibers. Brown pigment also appears in some of the cells in the stroma of people with brown eyes.

If the iris stroma is devoid of melanin pigment, the fibers scatter and absorb some of the longer wavelength of light that come in contact with them. More blue light (with a shorter wavelength) is let out and the eyes appear to be blue.

Here are some interesting facts about blue eyes.

1. All People with Blue Eyes Share a Common Ancestor

A study was conducted by scientists at the University of Copenhagen and involved sequencing the DNA of several hundred people from across Europe.

While the mutation is not found in any other population group, it is present in every person with blue eyes. The mutation was probably inherited from a common ancestor who lived around 6,000 to 10,000 years ago.

This is a very early date for such mutations to be present in the DNA of all blue-eyed people. The discovery also highlights the genetic diversity of people with blue eyes.

The researchers found that people with blue eyes have many different genetic variants and combinations of these, which may be due to different mutations in their DNA over time.

The next time you (with blue eyes) see someone with blue eyes, take into consideration the fact that he/she has the same ancestor as you did thousands of years ago, even if both of you are not related in any way today.

The lighter irises due to the lack of melanin in blue eyes enable more lights to pass through, so individuals with blue eyes are better at seeing at night compared to people with darker irises.

3. No Blue Pigment in Blue Eyes

As explained earlier, the amount of melanin pigment (which is brown in color) in the eye is the most important determinant in the coloring of your eyes. Brown eyes have more melanin, and blue eyes have less melanin.

Brown melanin is the only pigment that can be found in the iris; there is nothing like hazel or green or blue pigment. So, the colored pigment does not make eyes look like these colors; instead, this is how light strikes the layers of the iris and is reflected.

Dark eyes are most often found in people of European descent, primarily from Western Europe and Scandinavia. Certain countries known for blue eyes include Estonia, Finland, Ireland, and Scotland.

The melanin of the iris and the size of the pupil resemble a natural protector for the back of the eye from UV (ultraviolet) rays and high-energy blue light emitting from natural and artificial sources.

Blue eyes contain less melanin than hazel, green, or brown eyes, and therefore are more prone to photophobia. Because of this, your eyes need to be protected from the sun’s UV radiation if you have blue eyes.

Hence, those with blue eyes are recommended to stay inside when the sun is bright, wear eye protection, and avoid being outdoors for long periods of time.

We’ve selected some of the most attractive celebrities with blue eyes to appear on screen, including Reese Witherspoon, Brittany Snow Alexis Bledel, and so on.

Pregnant women have long been known to experience different levels of pain, sleep, anxiety, and depression based on their eye color. However, until now there has been little to no scientific evidence to back up these findings.

In a study presented at the 2014 annual meeting of the American Pain Society, Inna Belfer, M.D., Ph.D., associate professor of anesthesiology at the University of Pittsburgh, found that healthy pregnant women with lighter eyes experienced less pain, fewer issues with sleep, and less anxiety and depression than those with darker eyes.

A poll conducted by 1800Contacts revealed that a majority of respondents ranked blue as their favorite eye color in a romantic partner. And 47.6% of participants said they would love to have blue eyes themselves.

A survey was conducted by Behavioral Ecology and Sociobiology in 2006 where men and women were shown photos of opposite gender to decide on whom they find the most attractive. Interestingly, the survey has shown that most men with blue eyes prefer women with blue eyes!

While blue eyes are not very common, they are one of the most frequent eye colors at birth. Since the human eye does not fully develop its ability to produce melanin at birth, a large number of Caucasian babies are born with blue eyes.

However, since the maturation of human melanin is gradual, the child’s eye color will change as more melanin is produced in the iris during early childhood.

So, don’t get alarmed if your kid’s beautiful blue eyes gradually turn to darker colors such as brown, hazel, or green. It may take anywhere between a few months to several years for the eye color change to complete.

According to a research, blue eyes could be a risk factor for type 1 Diabetes.

Blue-eyed people are at greater risk of ocular melanoma: a type of cancer that affects the middle layer of the eye or uvea. Glaucoma and vision loss are the end stage complications of this eye cancer. It can also spread to the liver, lungs, and bones.

11. Most Likely to be Alcoholic

A study published in the American Journal of Medical Genetics demonstrate that blue-eyed European Americans have a greater likelihood of being alcoholic than do people with dark-colored eyes.

Researchers have discovered that alcoholism is connected to gene sequences. Also, blue eyes have a genetic predisposition similar to alcoholism.

12. You are More Connected to Mother Nature and Spirituality

Many communities around the world tend to associate people with blue eyes with those who are more attuned to the spiritual world.

They’re considered deep-thinking individuals who are great with inventing strategies. They also believe that they are aligned with the earth and are seen as enduring aesthetic.

This relates the elves mentioned in literature, which have blue eyes that appear somewhat pale and serve as guardian angel of the forest.

Less melanin pigment in the iris of the blue eyes allows the reflected light coming from the retina to get captured by the camera. So, the eyes appear red due to exposure to the red retinal blood vessels.

A Word from Health Kura

Blue-eyed individuals are more vulnerable to light and can be more prone to eye disease related to UV rays. Consequently, eye doctors often recommend that patients with blue eyes pay more attention to their exposure to light.

Chronic exposure to UV light and blue light damages your eyes, so wearing dark sunglasses or photochromic lenses from a young age may begin protecting your eyes from damage. 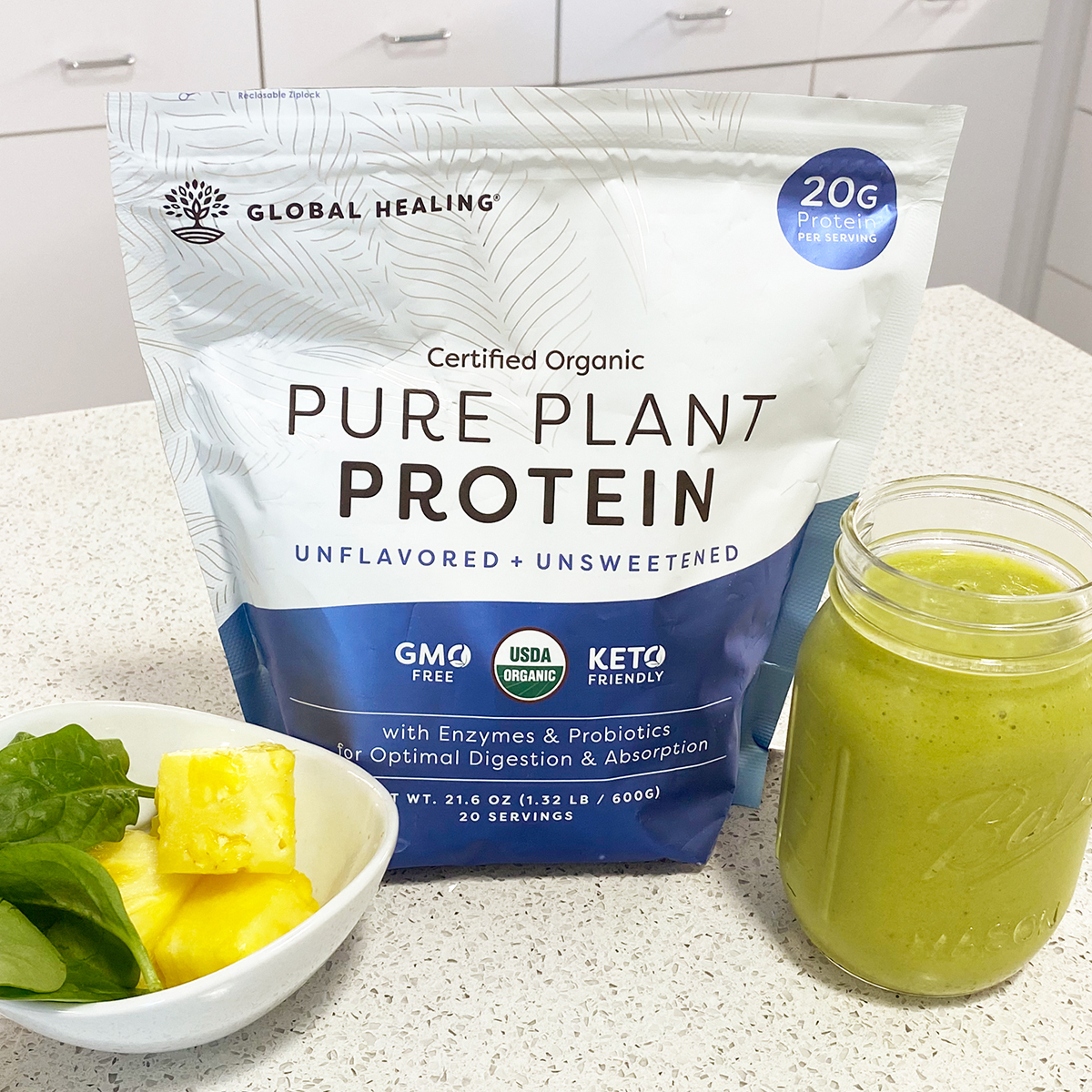 Health Tips for Pregnant Women in Winter for a Safe Delivery

Healthandfitnesssecret provides you with the best and latest Health News articles and videos from around the world in one place.
Contact us: [email protected]

INTERMITTENT FASTING (in Hindi) : TOP 3 MISTAKES on IF DIET...

Weight loss diet plan for PCOD | How to lose weight...